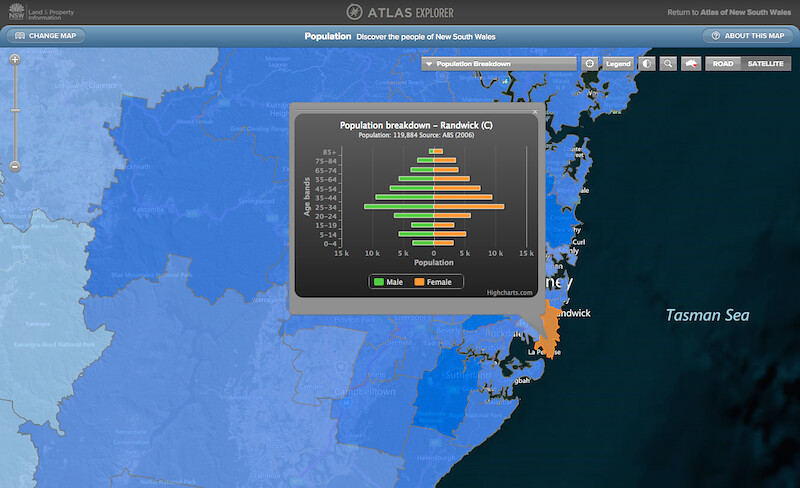 The Atlas of New South Wales showcases Esri's ArcGIS Server JavaScript API in a powerful user-centric application. The site was built by a team of 3 core developers, on which I was the main GIS developer.

Atlas of NSW has received many accolades within the GIS community, and has been featured at the Esri Developer conference, Ozri and Spatial@Gov.